Four fifths of wild orangutans in Kalimantan, the Indonesian portion of Borneo, live outside national parks and other protected areas, according to a new study by the Indonesian government.

The study, called the 2016 Orangutan Population and Habitat Viability Assessment, was led by the Ministry of Environment and Forestry. Released last month, it is the third of its kind, with the last one done in 2004.

The study confirms that orangutan populations have plummeted as their forest habitats continue to be flattened by the expansion of industry. So too has an illegal pet trade taken its toll on remaining populations.

The study estimates that 57,350 critically endangered Bornean orangutans (Pongo pygmaeus) remain in Kalimantan. That’s 13-47 individuals per 100 square kilometers, down from around 45-76 in 2004.

If an orangutan’s habitat isn’t protected by the government, it usually falls within a vast tract of land allocated to one or more logging, plantation or mining companies. Some firms try to conserve stretches or fragments of forest within their concessions, while others simply clear it.

By contrast to their Bornean cousins, some 65 percent of orangutans on Indonesia’s main western island of Sumatra, the only other place where the primates are found, live inside protected areas.

The study’s finding is expected to influence the way stakeholders protect Bornean orangutans, with additional focus on how to do so outside conservation zones.

In a joint statement with Forum Orangutan Indonesia, a coalition of groups that participated in the study, the ministry called for “more serious efforts” to protect orangutans whose forest habitats lie within company lands.

Other strategies identified by the report for mitigating threats to Bornean orangutans include slowing or stopping deforestation and strengthening law enforcement.

Orangutans are protected under Indonesian law, banned from being traded or kept as pets. But many ignore this rule, and the pet trade appears to be flourishing. 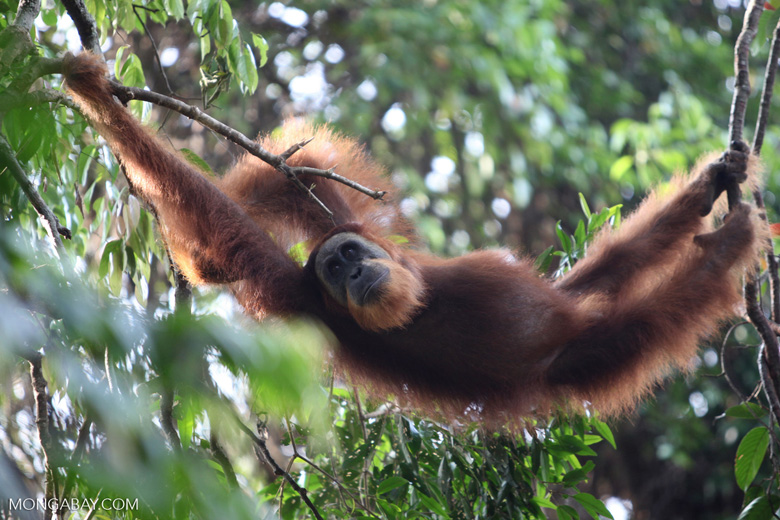 A Sumatran orangutan in the Leuser Ecosystem. Photo by Rhett A. Butler/Mongabay.

Orangutans live primarily in trees, so much so that adults rarely ever touch the ground. So it’s no wonder that deforestation is the main driver of their population decline.

The “fragmentation” of forests in particular has various harmful impacts on the apes, according to an ongoing study by John Abernethy, a doctoral student in conservation biology at Liverpool John Moores University.

When shrinking habitats force orangutans to cluster together, it “increases the chance of disease transmission and negative social interaction,” he said in an interview. “Orangutans remaining in the same area longer increases chance of predation, poaching and parasite infection.”

Deforestation also leads to the creation of “forest islands,” which are too small to support an orangutan population. Orangutans caught in them usually starve to death or wander into human settlements in search of food, a dangerous venture.

To address deforestation, the report said there should be no forest clearing within lands held by wood and oil palm plantation companies.

Jamartin Sihite, CEO of the Borneo Orangutan Survival Foundation, called for an end to the destruction of the creatures’ forest homes. “It causes orangutans to get thrown out of their habitat into rehabilitation centers,” he said. “We have to be courageous in aiming for rehabilitation centers to close, not increase in number.” 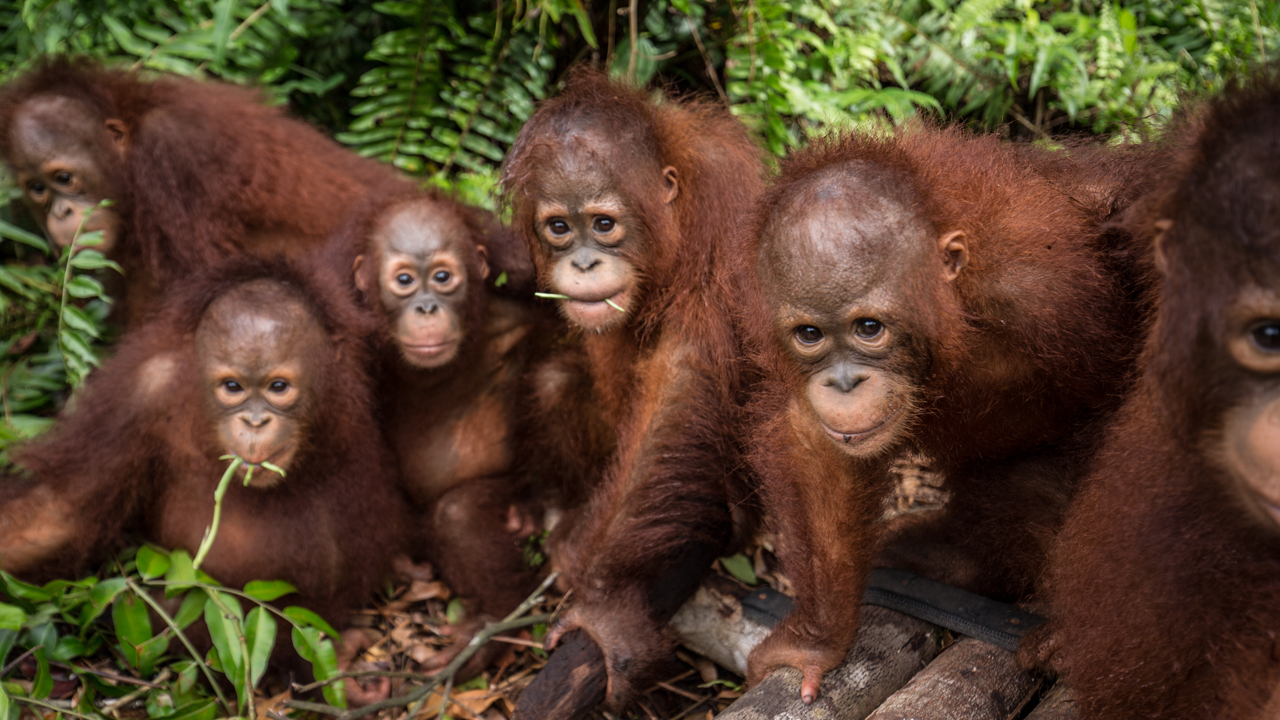 The report said companies should be held responsible for protecting orangutans within their concessions, rather than moving them elsewhere.

As plantations encroach on the habitat of Bornean orangutans, the traditional approach has been to rescue them from company lands, rehabilitate them in special facilites and then release them into protected forests.

As the Borneo’s rainforests shrink, however, conservationists are running out of places to put the apes, and rehabilitation centers are growing more crowded.

Companies should protect orangutans found in their concessions, not evacuate them, said Uyung, who uses one name.

The report said relocation should be a last resort, with the company paying for it in the event that it is necessary.

To follow up on the report, the government will find out the exact locations of where orangutans live outside protected areas, according to Wiratno, the ministry’s director-general for ecosystem and natural resource conservation.

“I am asking for the data of where orangutans live,” he said at a press briefing in Jakarta. “If they live in timber plantation areas, which concessions? If they live in palm oil plantations, who own them? We will ask for cooperation from [companies] to save orangutans trapped in their areas.”

He also stressed that enforcement against poaching must improve.

“We could meet with the chief of the national police and law enforcers in the attorney general’soffice,” Wiratno said. “They know nothing about orangutans. So we could talk to them about this commitment [to protect orangutans].”

The report also recommended that island, provincial and district land-use plans be revised to mainstream orangutan conservation and synchronize policy and regulation among ministries.