An Inconvenient Truth: We Could be Fighting About Climate Change for a While Yet

An Inconvenient Truth: We Could be Fighting About Climate Change for a While Yet

At a glance, last weekend’s box office charts might not suggest there is much hope for humanity.

Al Gore’s An Inconvenient Sequel, the follow to An Inconvenient Truth, was shown on 180 screens in America, making less than $1 million in ticket sales. The Emoji Movie, on more than 4,000 screens, took in $12 million.

Despite some sniping at Gore’s draw, Variety described it as an entirely respectable result for a documentary.

But, in a perfectly rational world, the numbers might be flipped. And if, several centuries from now, aliens are digging through the remains of a scorched and devastated Earth, they might find great meaning in those figures: on the brink of disaster, humanity was more interested in laughing at the poop emoji, voiced by Sir Patrick Stewart.

It might also be noted that much has made been of a climate reportauthored by scientists with the American government, not so much because of what the report said, but because of fears that Donald Trump’s administration might try to bury it.

In truth, significant progress has been made in the decade since Gore’s first film: on public policy, clean energy and international co-operation. In Canada, there is finally something like a plan for reducing greenhouse gas emissions.

“I’m convinced we’re going to win this, and I’m filled with hope about it,” Gore told CBC News recently. 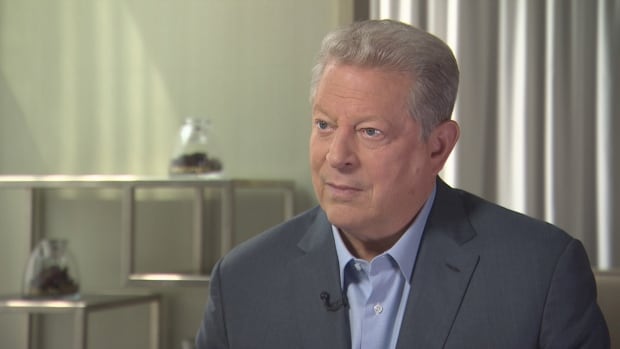 Al Gore is hopeful, but the debate about what to do to combat climate change is far from settled. (CBC)

But while momentum is said to be unstoppable, the future of the planet is not nearly assured.

For that matter, even the future of Canadian climate policy feels something less than settled.

In fairness to the former U.S. vice-president, movie ticket sales might not be the best measure of his impact.

Research published in 2012 suggested An Inconvenient Truth, released in 2006, significantly, if momentarily, boosted public concern in the United States about climate change. not because everyone saw it, but because of the media coverage the film generated.

There is evidence Canadian concern about climate also rose in the wake of An Inconvenient Truth, but then similarly receded.

An Ekos survey in 2008 found 70 per cent of respondents identified the environment as a high priority, the highest percentage recorded by Ekos over years of asking.

When Ekos asked again in 2015, only 58 per cent considered the environment a high priority. The recession that hit in 2008 might have made climate change a secondary concern.

If media coverage is a driving force, that number might rise again. A search of major Canadian media outlets suggests references to climate change dropped after 2007, but have risen since 2012.

And Trump’s dissent on climate change might have an upside: limiting global efforts to reduce greenhouse gas emissions, but motivating renewed media coverage. 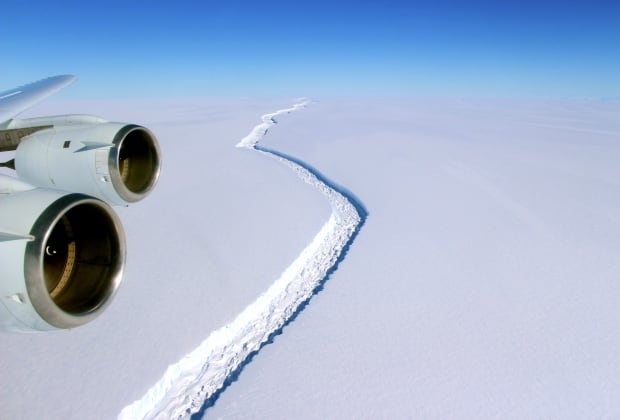 But even if Canadians are concerned about climate change, they might be reluctant to do much about it.

According to the Angus Reid Institute, support for a national carbon tax slipped to 44 per cent in June from 56 per cent in April 2015.

Among the surveyed countries, that 36-point gap was surpassed only by the 55-point spread in the United States. Just 31 per cent of American conservatives see climate change as a major threat to the their country.

In Canada, support for taxing carbon — a policy that economists generally recommend as the most efficient method of reducing emissions — is also divided along regional lines, with rural and Western Canadians opposing.

Financial markets and international policies might ultimately have significant impact on Canadian policies and practices — and if you squint you might see a time when acting to mitigate climate change is basically accepted, or at least is not a source of much consternation.

But environmentalists would note that action will likely have to increase over time. Regardless, there are the makings of at least a few more years of fighting.

On Monday, Jason Kenney, now running to be leader of Alberta’s United Conservative Party, attacked the fact that Al Gore had a swimming pool in response to a report that Gore had accused Alberta’s oil industry of treating the atmosphere like an “open sewer.”

Kenney, of course, has vowed to repeal the carbon pricing implemented by Alberta’s NDP government.

While the next federal NDP leader and climate activists might push Trudeau to cut emissions deeper and faster, his strategy of slowly increasing the price of carbon might at least limit outrage at the imposition. Research suggests that support for British Columbia’s carbon tax increased after it was implemented, perhaps after it failed to result in economic ruin.

Against an abstract threat, Trudeau must manage tangible changes. And governments do not always manage change smoothly.

If Alberta’s United Conservative Party, Wall’s successor in Saskatchewan and the federal Conservatives somehow land on a credible approach to reducing greenhouse gases, the debate might be less pitched.

But it’s also possible to foresee a day after the 2019 federal election when Prime Minister Trudeau imposes a carbon tax on Premier Kenney.

Though it could be decent fodder for a film, if Gore is looking to make a trilogy.