The recent drought in the Western region of the United States, and the hurricanes and floods along the Gulf Coast are extreme weather events on just one continent.

“There is no doubt that part of this is climate change,” said Bill Patzert, oceanographer and research scientist at NASA’s Jet Propulsion Laboratory. “Winters are warmer. Snow packs come later. They leave earlier. Droughts have tended to be more intense especially here in California.”

Scientists say while climate change cannot be blamed for every weather event, it is definitely a factor.

The human impact of more extreme weather is also intensified. 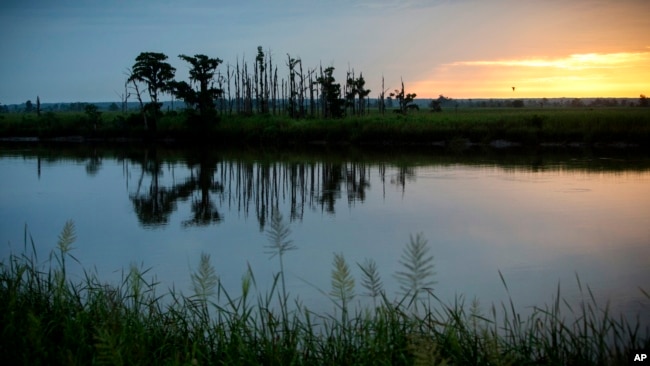 The sun rises on behind a “ghost forest” near the Savannah River in Port Wentworth, Georgia, July 16, 2017. Rising sea levels are killing trees along vast swaths of the North American coast by inundating them with saltwater.

At least 1 in 10 people worldwide live near the coast in a low-lying area. As the population increases and sea levels rise, their homes are increasingly being threatened. The top countries with the most people living in low coastal areas and at risk include the United States, China, India and Bangladesh, and Southeast Asian countries, such as Vietnam and Indonesia.

Scientists said although the Earth’s climate naturally fluctuates over hundreds of thousands of years, what has happened in recent years is an alarming rapid change in climate.

“We’ve never seen this much change over 100 years. And so the things that worries me the most is not the next thousand years of the next ice age, but the next 100 years,” Patzert said.

Somerville agrees. “It’s not natural. If it’s not for human activities, the world under natural causes — like changes in the sun, volcanoes — would have actually cooled slightly in recent decades.” 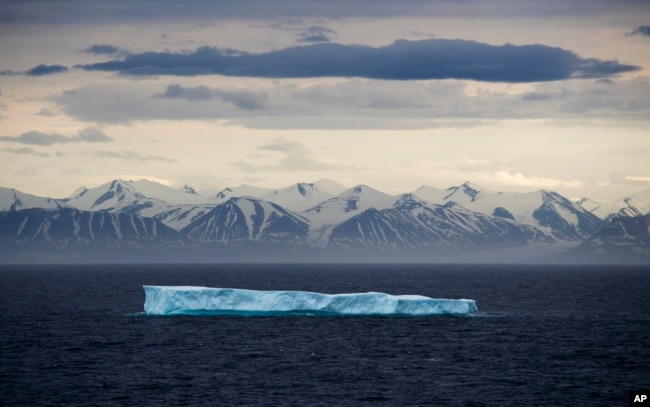 He points to data showing the glaciers in Greenland and Antarctica are shrinking and contributing to sea level rise.

“Human footprint on the global climate has been immense,” Patzert adds.

Rising sea levels and more extreme weather have impacts that go beyond floods.

“We have greater disease, the spread of disease. We have deteriorating air quality because of higher temperatures,” said oceanographer Jerry Schubel, president and CEO of the Aquarium of the Pacific in Long Beach, California.

Global agriculture also has to adapt to a changing world. A new film produced by the Aquarium of the Pacific highlights how communities in different parts of the world are trying to mitigate the effects of climate change.

In Bangladesh, sea level rise is causing more salinity in the soil. Farmers can no longer plant their regular produce and has switched to grains more resilient to salinity.

In Indonesia, American and Indonesian students and scientists are working to restore seagrass beds. Seagrass protects the shore from storm surges, supports biodiversity and helps take carbon dioxide out of the atmosphere.

Scientists are calling for action. Somerville cautions that there are no quick solutions: “It takes a long time, but we can act to reduce the severity of climate change.”

Patzert warns, “We’re going to have to wean ourselves off fossil fuels (and) turn to renewable energies, or the consequences will be totally disastrous.”