The European Union will support a UN pact to control greenhouse gases from international flights, even though the plan’s ambitions fall well short of the bloc’s existing proposals.

Governments are expected to sign off on the deal in Montreal during a meeting of the International Civil Aviation Organisation (ICAO), which starts on Tuesday.

If agreed it will be a first for the aviation sector, which accounts for 2% of global emissions but was not obliged to cut its carbon footprint under last December’s Paris climate deal.

In an interview with Climate Home, EU climate commissioner Miguel Arias Canete said the ICAO targets were “not as ambitious as the EU would like” but they should find support.

“The worst thing is not having a market mechanism at all – we are not in a bad place at the moment,” he said.

The EU’s 28 member states were “working actively” to convince as many countries to back a motion to ensure aviation becomes a carbon neutral industry from 2020.

“We are making a big outreach with the High Ambition Coalition,” said Canete, referring to a group of developed and developing countries that formed at the Paris climate talks.

The G7 transportministers are meeting in Japan. They expressed their support for a GMBM to be concluded in @icaoin the next weeks #aviation

So far, nearly 60 governments including the US, China, Japan, Canada, Mexico and the United Arab Emirates have voiced support.

“This is an important deal to land and build on,” tweeted UK climate minister Nick Hurd, who was in New York last week for climate talks at the UN and Major Economies Forum.

Brazil, Russia and India are known outliers, with Delhi unlikely to sign up to an initial voluntary phase between 2020-2023, said a source in a European government.

Under plans to be discussed at ICAO a first phase would follow the trial period through 2024-2026, with a second phase ending in 2035.

The plan gained support today from the influential Air Transport Action Group which represents the likes of Airbus, Boeing, Rolls Royce together with 265 airlines.

“Whilst the industry remains in favour of a mandatory approach, it says that the initial voluntary system can work if enough States volunteer,” read a separate statement from ATAG.

Despite long term cost projections for the sector running to billions, initial impacts on the sector “won’t be much,” said an analysis from Platts.

“In the long run however, expect to see airlines buying up carbon credits and increasingly switching to sustainable fuels as they seek to manage their carbon exposure.” 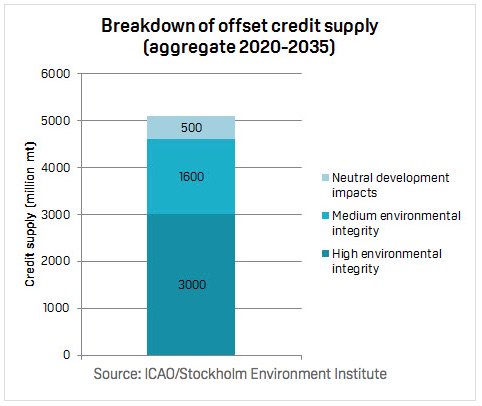 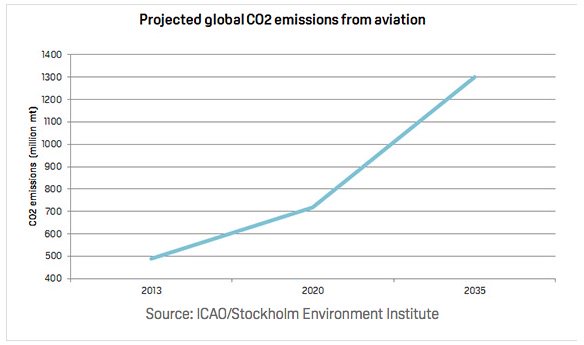 Still, despite a deluge of positive diplomatic signals many green groups and EU lawmakers remain unconvinced ICAO will play its part in limiting global warming to below the UN’s 2C target.

“This is a territory grab by the industry to realise its right to pollute,” said Jeff Gazzard, a veteran air transport campaigner.

On Monday, 90 NGOs including Friends of the Earth, Plane Stupid and Transport and Environment registered their concern that the offsets used may have limited environmental benefits.

“One of the main concerns is that ICAO’s proposal to reduce the climate impact of aviation relies heavily on carbon offsetting,” the NGOs say.

“Offsetting is widely considered a false solution to climate change because it does not reduce emissions, but merely shift emissions from one sector to another. At best, it is a zero-sum option.”

Writing in the Guardian, MEPs Bas Eickhout and Keith Taylor said EU officials must ensure the scheme remains “under constant review” and offers assurances on the integrity of offsets.

“The scope of participation must be sufficiently wide-ranging, and the wealthiest countries must take responsibility for their historical burden and pledge to do more to reduce emissions.

“Finally, allowing regional blocs such as the EU to take further measures to curb aviation emissions is an essential part of enabling them to honour the commitments they made in Paris, especially if ICAO fails to deliver.”

Time is running out for destructive palm oil company IOI