Diana Seear was taking a walk through Jericho Beach Park with her husband, Mike, when they came across a ‘horrifying’ sight.

“We went over to the pond and I was devastated to find that there wasn’t any water in it,” she said.

Seear says there were two crows and a duck struggling to get out of a mud pit that was once a thriving pond. The couple laid several logs on the mud and managed to pull one of the crows from the muck.

“It looked pretty sad when we pulled it out. But my wife washed it down, took it home, blow dried it — we actually just let if go this morning,” said Mike Seear, who is also the director of the Hancock Wildlife Foundation.

But other animals weren’t so fortunate — several dead animals are still visible inside the mud. Now, the pair are questioning how the pond came to be in such dire conditions. 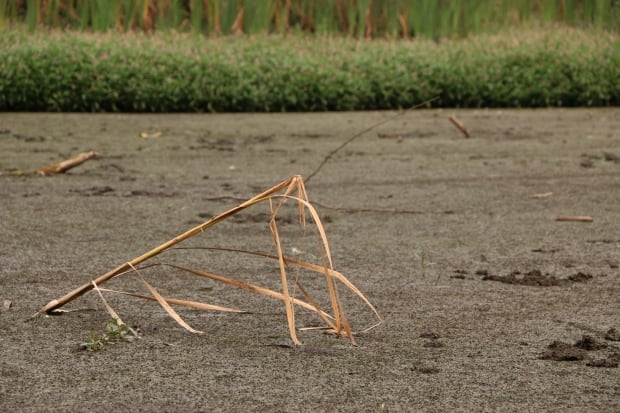 Seear says the dry, hot summer is likely the reason why little water is left in the pond. The Vancouver Park Board confirms that the wetlands experience low water levels and dry conditions in the summer.

However, Seear says the Vancouver Park Board should have been keeping closer tabs on the condition of the pond, which is home to beavers, otters, fish, frogs and many other animals. 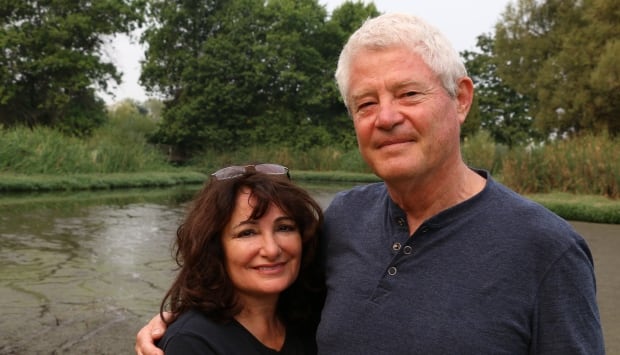 Diana and Mike Seear say the pond needs to be dredged in order for it to be restored. (Jon Hernandez/CBC)

“Unfortunately, it just hasn’t been looked after. It’s more or less a mud swamp,” he said. “Most cities would kill to have a pond or a parks system like this … it’s unbelieveable. It should be looked after.”

Seear says the park should be dredged and refilled with water in order to restore the damaged ecosystem.

“It’s not beyond the wit of man to fill up a pond with some water.”

The Vancouver Park Board has since fenced off the pond due to safety concerns. 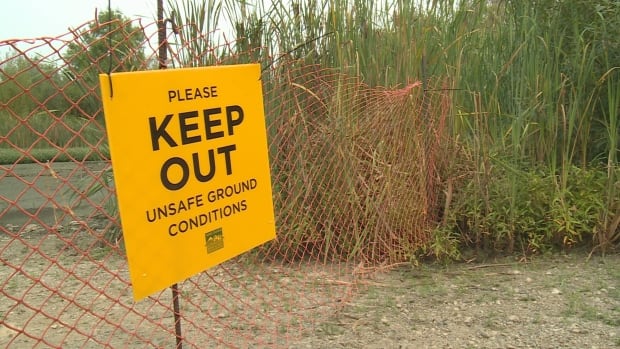 The Vancouver Park Board erected a sign and snow fencing warning passerby’s to keep off the muddied pond. (Jon Hernandez/CBC)

In an official statement to CBC News, a spokesperson from the board said the muddied water is part of a natural process and should not be refilled with potable water.

Officials from the board say the pond will refill in the fall, when the rain returns.