Latest Earthquake in Italy May Have Dire Consequences

Latest Earthquake in Italy May Have Dire Consequences

A 6.6-magnitude earthquake rocked central Italy Sunday morning, and is believed to be the strongest quake to hit the nation in decades.

The earthquake at about 7:40am local time was centered near Norcia, Italy, a town in the Perugia region about 150 kilometers northeast of Rome. Aftershocks were reported as far away as Venice. The quake brought down several buildings but no deaths were reported; many had evacuated (25,000 are now reportedly displaced) after the area experienced a foreshock of a lower magnitude.

Luke de Pulford @lukedepulford Heartbreaking. Landmark Basilica of St Benedict before and after the earthquake this morning. #norcia #terremoto

Italy’s Prime Minister Matteo Renzi called the quake “the strongest since the Irpinia one,” a 6.9 magnitude earthquake in southern Italy in November 1980 that killed some 3,000 people.

An earthquake of a comparable magnitude (6.2) hit the region in August, killing more than 300 people.

Though the damage caused by the most recent quake is less significant than that of the August quake, the tremors could still mean disaster for the region. 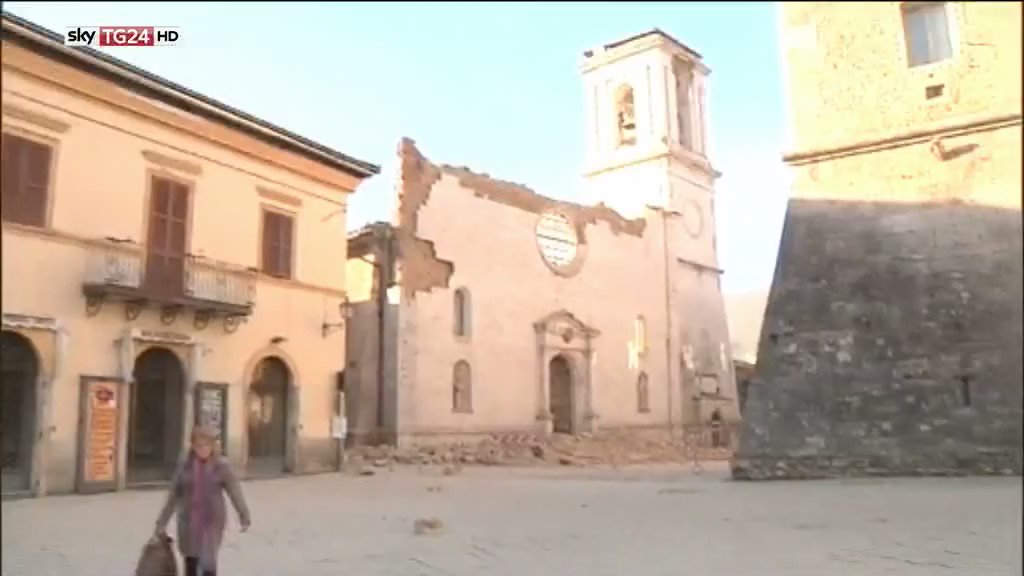 An Italian news channel posted this video, with the caption: “This morning’s strong shock has crumbled Norcia’s iconic buildings.”

The cause of the earthquakes is well known. The faults that run through Italy are moving apart at a speed of three millimeters per year. This causes insecurities in the fault, as evidenced by the recent earthquake. (Read our earthquake explainer.)

The August quake damaged two nearby faults, Laga and Vettore. The latest earthquakes have further broken portions of the Vetorre fault, but it remains to be seen how deep the damage goes.

If the latest tremors damaged deeper portions of the fault, the extent of the damage may not be evident on the surface.

“This would be what we call ‘depth segmentation’ where the shallow portions break followed by the deeper portions. And it means you can have an earthquake repeating more frequently on the same faults,” Dr. Richard Walters, an earth sciences lecturer at Durham University in the UK, told the BBC. 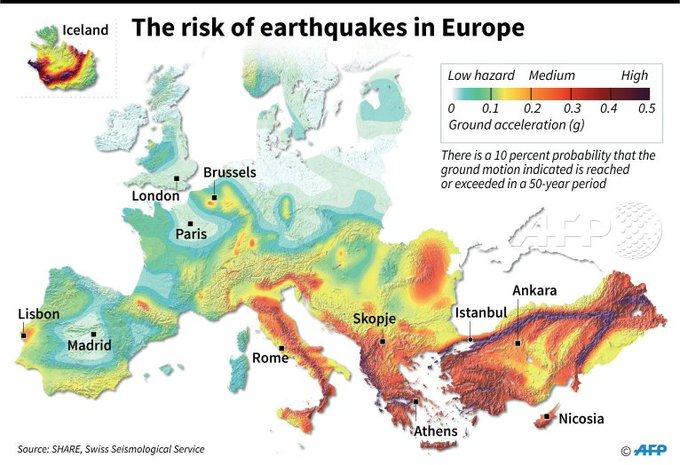 Experts are monitoring the sites for changes. They will be taking series of satellite images and comparing them to images from before the quake in an attempt to determine whether there have been any major geologic shifts.

If the faults have indeed been damaged on a deeper level, the number of earthquakes could increase dramatically.