Bamboo-eating lemurs in Madagascar could be slowly starving as a changing climate slashes the availability of their favorite part of the plant, a new study shows.

“For extreme feeding specialists like the greater bamboo lemur, climate change can be a stealthy killer,” said study co-author Patricia Wright, a primatologist at Stony Brook University, in a statement. 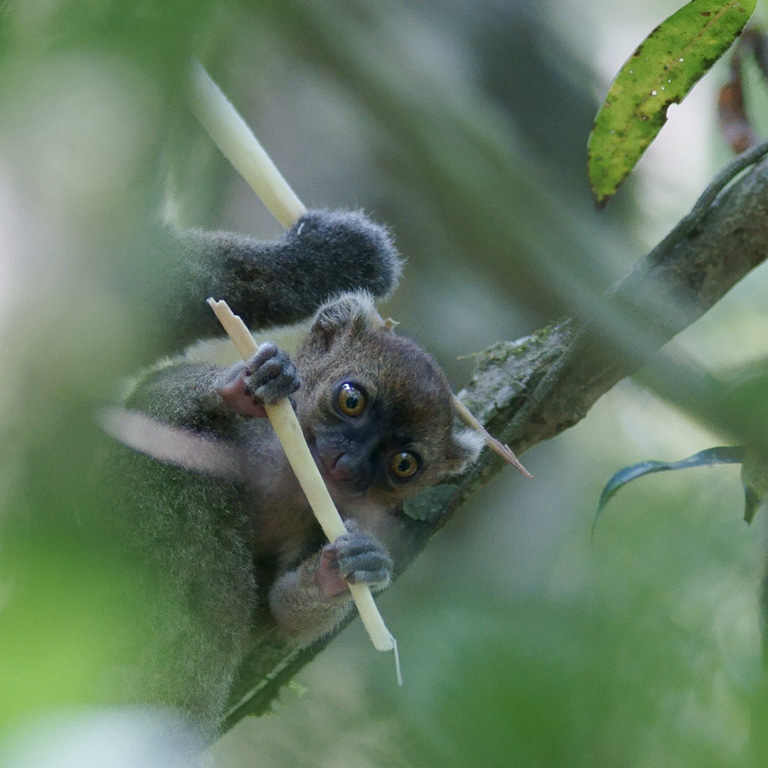 An infant greater bamboo lemur, born at the beginning of the rainy season. Photo by Jukka Jernvall.

A 2014 assessment by the IUCN of the critically endangered primate found that numbers of the animal are down 80 percent in just the last three decades, attributing the decline to deforestation and habitat destruction for farming, logging and mining. But Wright and her colleagues found that the shifting diet of the greater bamboo lemur (Prolemur simus) might also be playing a role, indicating that other animals with similarly picky palates might also face tougher conditions in the future. They report their findings today in the journal Current Biology.

In Ranomafana National Park in Madagascar, where the team observed some 2,000 lemur meals over 18 months, they noticed that the animals only went after the woody trunk of the bamboo during the 4-month dry season. The remainder of the year, this species of lemur seemed to prefer the succulent shoots that are both more nutritious and easier to tear into.

An examination of the fossil record revealed that greater bamboo lemurs once inhabited a lot more of Madagascar. Now, however, they’re confined to places that have the shortest dry seasons, suggesting that the food source available there may be critical to their survival. But even in those spots, climate change models point to longer dry seasons. That means that lemurs might have to rely more on the nutrient-poor trunks, which also wear down their teeth faster than the wet-season shoots. It also could throw off their reproduction, as most young are born in the rainy season when resources are plentiful. 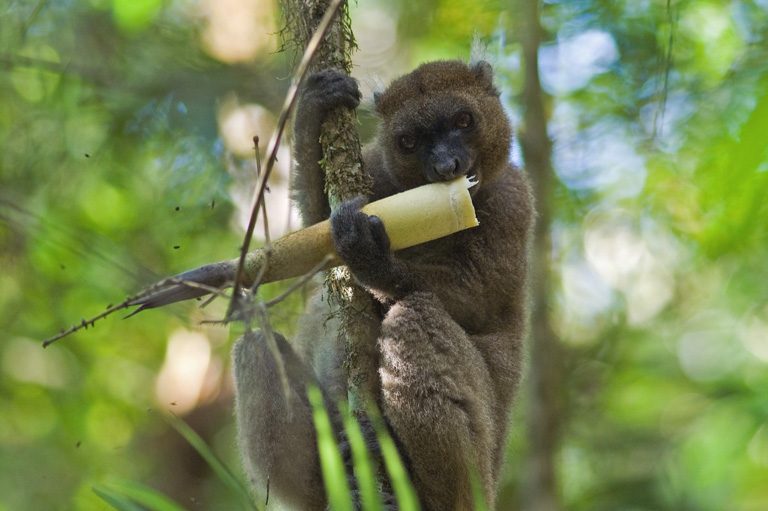 A greater bamboo lemur eats the woody trunk of bamboo, something they typically only do during the dry season. Photo by Jukka Jernvall.

“Making the lemurs rely on a suboptimal part of their food for just a bit longer may be enough to tip the balance from existence to extinction,” Wright said.

“By studying specialists like the greater bamboo lemur, we can identify the different ways that climate change can cause extinction,” said co-author and evolutionary biologist Jukka Jernvall from the University of Helsinki in the statement.

The giant panda (Ailuropoda melanoleuca), an IUCN-listed Vulnerable species, is the only other mammal that scientists know of that eats the woody trunk of bamboo. Like the greater bamboo lemur, the panda has a special set of teeth for this purpose. Its habitat is also shrinking, and now, this new information demonstrates that it too could face the hazard of starvation in the wake of climate change.

“[If] we do not study these endangered species now,” Jernvall said, “they may go extinct before we know all the reasons why, and we’ll be less able to protect what remains.” 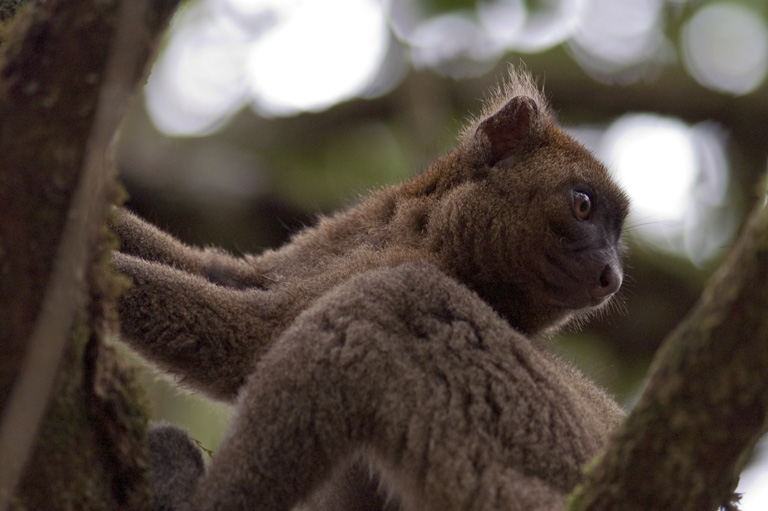 Greater bamboo lemurs are bamboo specialists, down to a single species of the plant that scientists observed them eating on 95 percent of occasions. Photo by Jukka Jernvall.

“Scratch any cynic,” the comedian George Carlin said, “and you’ll find a disappointed idealist”. It’s hard not to respond...