YANGON, Myanmar – It has been a good year for U Tint Khaing, the assistant director of the Forest Department overseeing action in Yangon. His team seized an estimated 1,500 tons of illegal timber this year alone. They claim that it’s the largest amount of timber the Forestry Department has ever seized from Yangon.

Acting on a tip, Khaing and two of his staff arrived at Myanmar’s industrial port in January of this year with the mission to identify two suspect containers from among the 185 acres of grounds where up to 5,000 containers are processed daily. It is the largest port in Myanmar and the only legal way for processed timber to exit Myanmar.

But Khaing says that it was another case of just to do his job he has to first deal with great resistance from among his counterparts within the government system.They asked to look inside, which led to a standoff between forestry officials and the customs department under Ministry of Planning and Finance at the port. Only after numerous phone calls and negotiations were they able to do the inspection.

“It was a gamble for me too, what if it’s not timber inside the container?” Khaing said, who risked his career over the two containers. His insistence paid off – it was 33 tons of illegal teak in total. Building on the momentum, the next day they were able to seize another 11 containers, which totaled 163 tons of illegal teak. The managing director of Smart Export and Import Company and Myanmar Bean and Timber Trading were both arrested in connection to the seizure.

Out of the 11 trucks ordered to transport the containers back to the forestry department one car license plate belonged to one of the original transporters before the seizure. Khaing saw the plates and realized it was the same driver that his team had handed over to the police, hoping they would further investigate. After brief questioning, the police released the driver without charging him.

“The driver came back to our compound to get his truck back and we didn’t let that second chance slip away,” Khaing said. Further questioning led them to a residence compound on the outskirts of Yangon which was likely a midpoint stop for smugglers when they enter Yangon from around the country. They seized another 375 tons of teak that day.

“Frankly speaking, there is not much difficulty smuggling timber to MIP [Myanmar Industrial Port] before my seizures because this route is very short and safe for them,” Khaing said.

Enforcement is a problem in part because of bureaucracy.

“Essentially the main issue is that illegal logging is still regarded as an environmental issue in Myanmar, when it should be regarded as organized crime,” said Giovanni Broussard, the regional coordinator for combating wildlife and forest crime at UNODC. 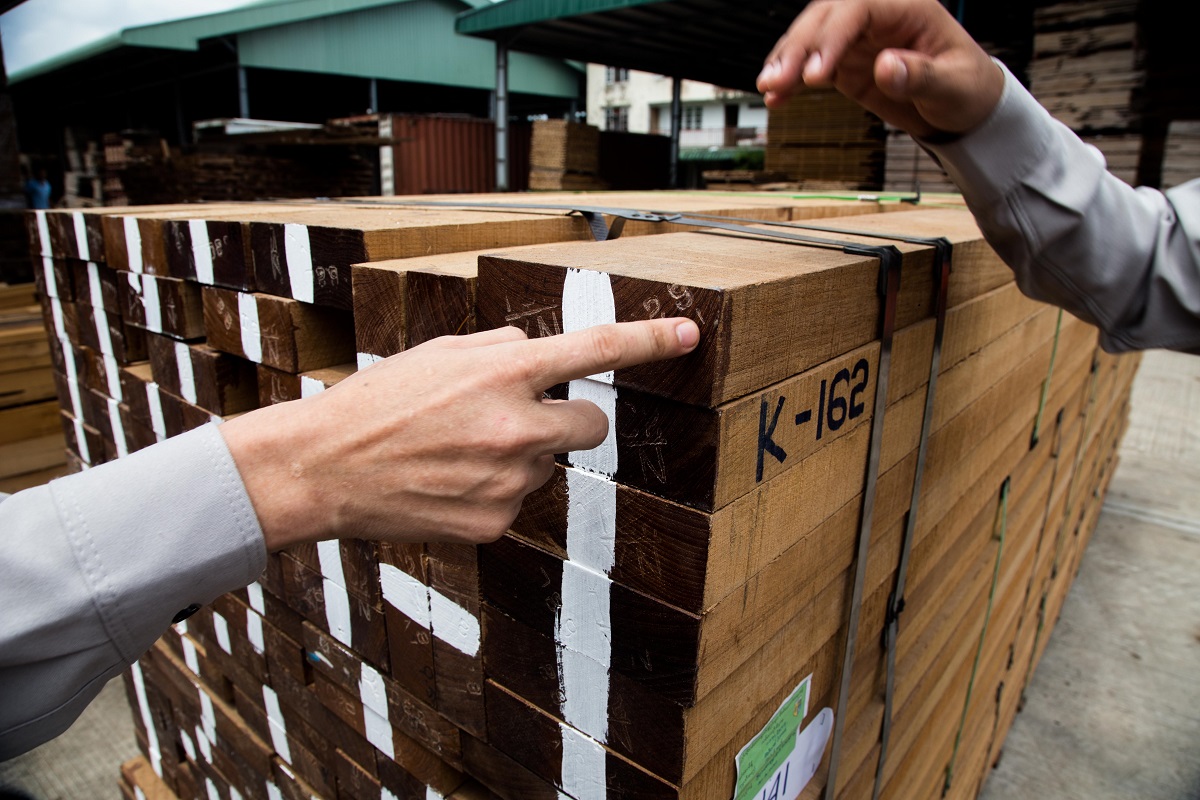 A forestry department ground inspection team checks the timber to be exported and monitors container loading at the site before sealing the container. Photo by Ann Wang for Mongabay.

According to report released by UNODC, 99 percent of those arrested for illegal logging are residents of Myanmar. They are often the loggers with chainsaws or the driver and not the people or the company who made the purchasing order or logged the trees.

“The money that is involved in the illegal logging trade more probably is not from within Myanmar, and the timber doesn’t stay in Myanmar, there has to be a connection abroad,” Broussard said. “But we don’t see the Myanmar authorities linking up with other counties and try to get information from other countries.” 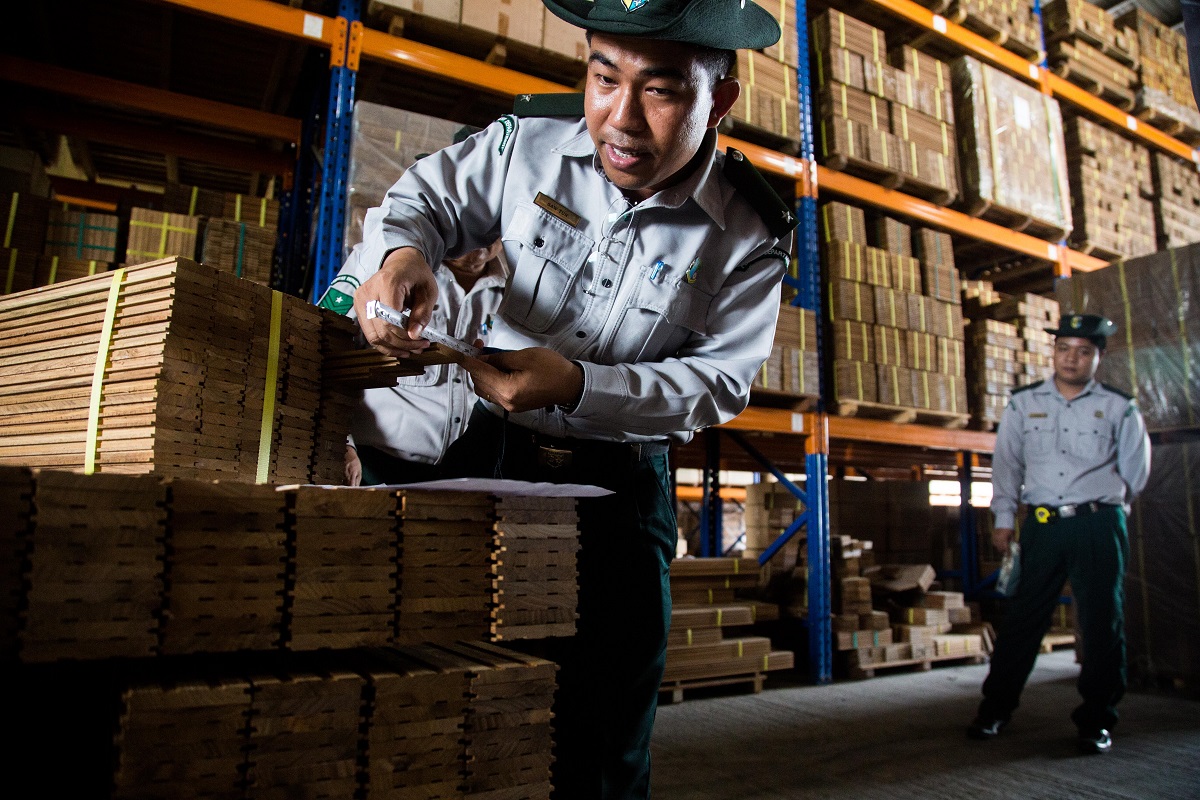 Timber is only allowed to be exported via ports and must be processed before export in Myanmar. Photo by Ann Wang for Mongabay.

The 1992 forestry law with regards to offenses and penalties poses other challenges when prosecuting crimes against illegal logging. The maximum for crimes related to logging is $23 and up to two years in prison. If it is teak, the fine would be a maximum of $57 or up to seven years imprisonment.

There is now a draft for a new law and is currently under review in parliament, but new forestry law measures have failed to be approved in the previous years.

With regards to corruption, UNODC has had discussions with related key players within the department, however anti-corruption measurements remains a new topic within the sector. 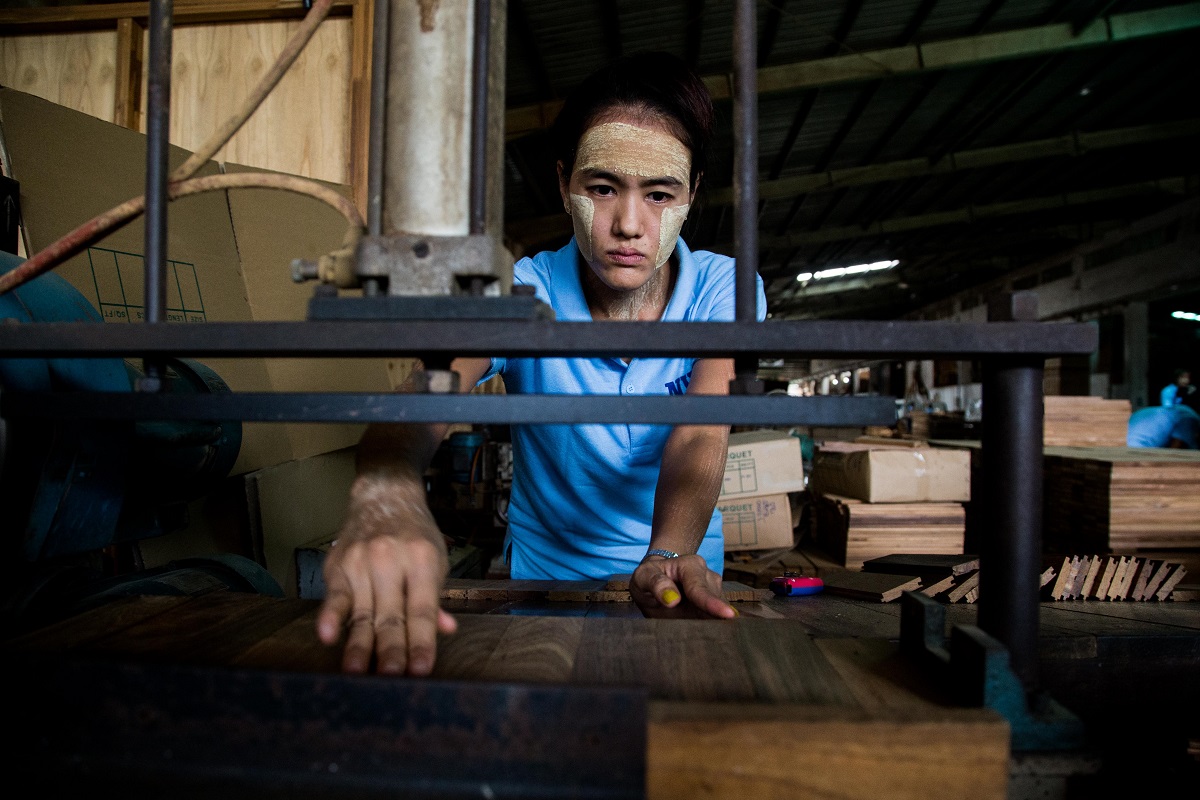 Timber is only allowed to be exported via ports and must be processed before export in Myanmar. Photo by Ann Wang for Mongabay.

“Asking mandatory income discloser from people working in the forest department sector, from all the people giving license and permission, we need to know how much these people makes every year as well as their family members, make it public, try to see if these guys become richer for doing their job because they may be receiving other payments,” Broussard said.

He points out that these are basic anti-corruption measurements used in sectors at risk, but so far none is used in Myanmar.

Back in Khaing’s office at the Forestry Department in Yangon, which is also where he lives for safety, he is still trying to find the best way to stop illegal logging in Myanmar. He also believes it is imperative to eliminate corruption.

“If the government staff are honest, it will not be like this,” Khaing said.

Can Religions Help in the Fight Against Climate Change?