Attendees at the world’s largest wildlife conference have called for stepping up protection for 34 migratory species, including giraffes, whale sharks and two of Africa’s big cats.

“Migratory animals play a critical role in our planet’s ecosystem,” said Theresa Mundita Lim, director of the Biodiversity Management Bureau in the Philippines, in a statement at the end of the recent summit in Manila of the Convention on the Conservation of Migratory Species (CMS) of Wild Animals.

“They act as pollinators, control pests and are a source of food and income,” Lim added. 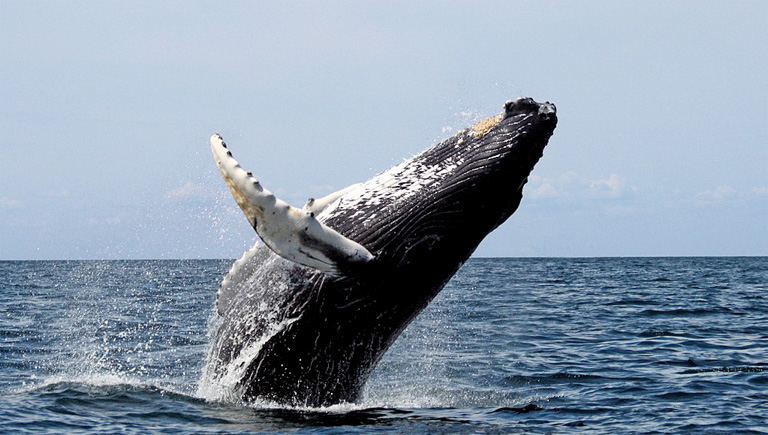 A proposal to help protect a genetically isolated population of humpback whales (Megaptera novaeangliae) in the Arabian Sea was adopted at the CMS summit. Photo by Whit Welles Wwelles14, CC BY 3.0, via Wikimedia Commons.

The CMS is sometimes referred to as the “Bonn Convention” after the German city where the agreement was signed in 1983. The latest meeting, held from Oct. 23 through 28, involved negotiations concerning species threatened with extinction, in some cases leading to the adoption of measures that require countries to halt the killing of those animals. Members of the convention also proposed and adopted measures aimed at boosting collaboration between nations within some species’ ranges.

Bradnee Chambers, the executive secretary of the CMS, said in the statement that the summit “has broken all records” for attendance and the number of newly adopted proposals.

The convention creates lists of animals, called appendices, based on negotiations that factor in trends affecting the conservation statuses of various species. 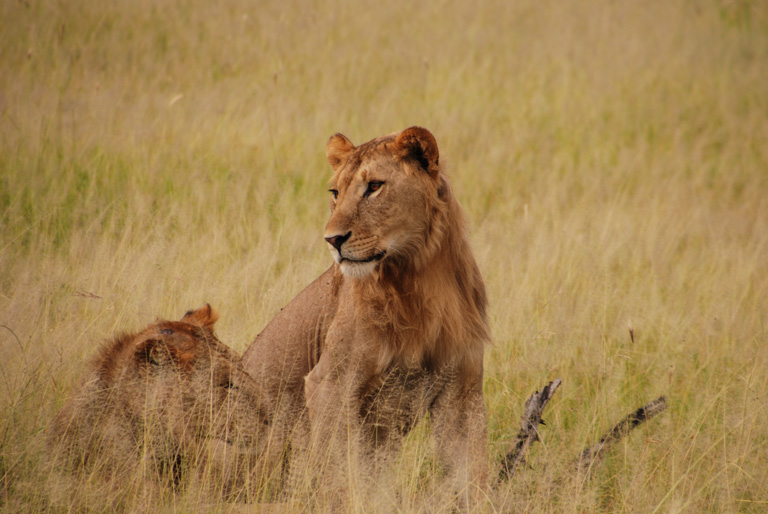 Chimpanzees (Pan troglodytes), whale sharks (Rhincodon typus) and a subspecies of the brown bear called the Gobi bear (Ursus arctos gobiensis) are now listed in CMS Appendix I. That means that any country that has signed onto the convention is legally required to halt the killing of these animals within its borders.

The number of chimpanzees, an endangered species, in Africa has been slashed by half in the last three generations, according to the CMS, due in large part to the loss of its habitat. And Gobi bears are approaching extinction, with only about 45 left in Mongolia and China.

Giraffe numbers are down by 40 percent in the past three decades, according to the IUCN. 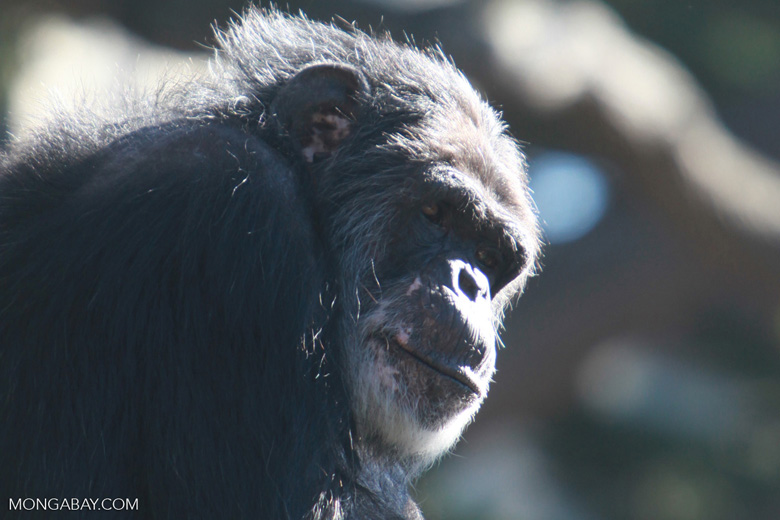 Chimpanzees (Pan troglodytes) are now listed in CMS Appendix I and Appendix II. Photo by Rhett A. Butler / Mongabay.

Members also supported cooperative agreements to protect humpback whales (Megaptera novaeangliae) in the Arabian Sea, where they’re genetically cut off from other members of the same species. In all, proposals at the meeting covered 16 bird, 12 mammal and six fish species.

“The decisions at this meeting represent a significant achievement by governments from more than 100 countries to collaborate and take strong action to advance the conservation of migratory species,” said Susan Lieberman, the vice president for international policy with the Wildlife Conservation Society, in a statement. Lieberman added that “WCS particularly welcomes the science-based decisions” at the conference.

Many countries in South America, Asia, Europe and Africa, as well as Australia, are signatories to the convention. However, the United States, Canada, China and Russia are not.

“We strongly encourage the countries that are not currently Parties to CMS, including several world powers with large areas of terrestrial and marine habitat for wild migratory animals, to join the Convention,” Lieberman said.

“We can only achieve our conservation and sustainable development objectives through closer collaboration on transboundary issues, and we look forward to supporting the international community on these efforts moving forward,” she added.

India will host the next CMS summit in 2020.