A new alliance, introduced today at an EU-hosted conference on oceans in Malta, has joined the global effort to shore up legality in the seafood industry.

Between 11 million and 26 million metric tons (12.1 million and 28.7 million tons) of the worldwide catch is illegal or unreported, costing as much as $23.5 billion a year, scientists reported in a 2009 study of fishing in 54 countries. According to the NGO FishWise, some countries have made strides toward improving the legality and sustainability of their fishing sector using tools such as the Marine Stewardship Council’s certification process.

A fishing boat in Malaysia. Photo by Rhett A. Butler / Mongabay

By launching the Seafood Alliance for Legality and Traceability, or SALT, at the Our Ocean conference in St. Julian’s, Malta, several organizations hope “to scale solutions to address the enormity of the problem.” It’s backed by the Gordon and Betty Moore Foundation, the David and Lucile Packard Foundation, the Walton Family Foundation, and the United States Agency for International Development (USAID).

“Seafood is the most widely traded food commodity in the world,” said Tobias Aguirre, CEO of FishWise, in a statement. “The global nature of the industry poses unique challenges to sustainability.

“If we can more effectively document and trace our seafood and use that information to empower fisheries managers, we will be one big step closer to long-term sustainability of the industry.”

Over the next year, FishWise will coordinate consultations between seafood companies, as well as nations that depend on fishing and those that consume seafood, to develop strategies to increase the transparency of the supply chain, from the time a fisher lands a fish to the point at which it ends up on a table. 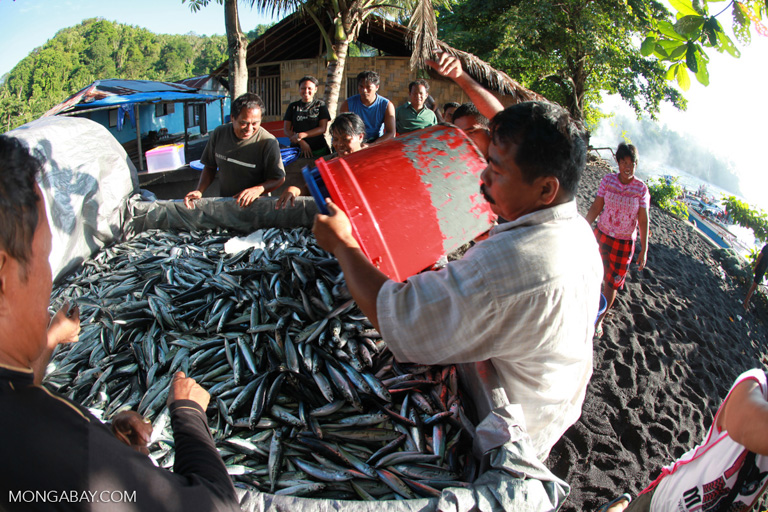 Sardines being loaded on a truck in Indonesia. Photo by Rhett A. Butler / Mongabay

A key component of SALT’s approach will be the integration of eCDT technology — eCDT is short for “electronic catch documentation and traceability” — to track seafood throughout the supply chain.

“Traceability is a critical component of an efficient, modern and sustainable seafood industry,” said Teresa Ish, a program officer at the Walton Family Foundation, in the statement. “This is an exciting collaboration that we hope will incentivize and support seafood companies to implement best practices, more effectively self-regulate and play a role in stronger fisheries management.”

SALT is designed to be a forum for participating countries and companies to discuss strategies on how to better manage markets and fisheries, as well as the challenges they face in tracking illegal fishing, according to FishWise.

“Poor transparency and supply chain traceability are major impediments to achieving our goals around ending illegal fishing,” said Meg Caldwell, the deputy director for oceans at the David and Lucile Packard Foundation, in the statement.

“Our hope is that this learning network will enable better information to improve seafood transparency and traceability policies and practices, which are needed as we work together toward responsible and evidence-based marine resource management around the world.” 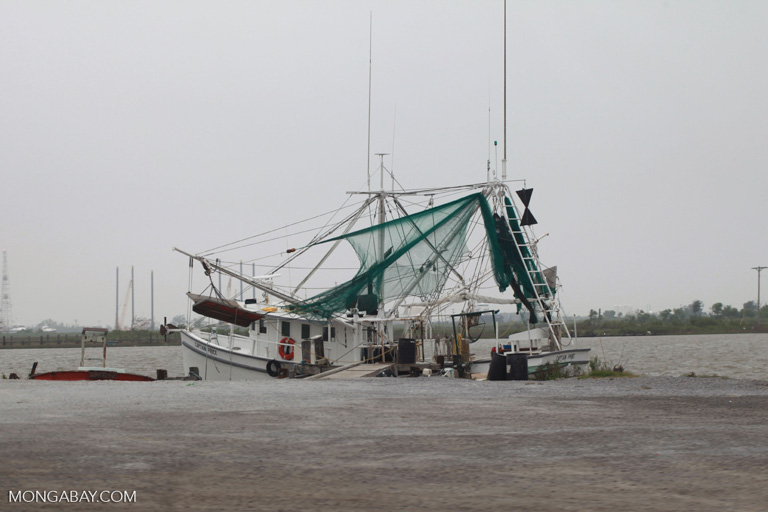 A trawler in the United States. Photo by Rhett A. Butler / Mongabay