Recent advancements in technology and social media have spurred the growth of citizen science, a phenomenon through which non-scientists contribute to the collection of scientific data. According to Nature, results collected by citizen scientists “can be valuable and can help both to generate data and to inform policy.” More importantly, as the University of Manitoba’s Whiskerprint Project shows, citizen science can not only aid researchers, but also cultivate the next generation of environmental stewards and enrich STEM education among fledgling scientists.

Led by University of Manitoba professor and behavioral ecologist Dr. Jane Waterman, the Whiskerprint Project is pioneering the use of whisker pattern analysis to identify individual polar bears in Churchill, Manitoba. In an interview with Mongabay-Wildtech, Waterman addressed the need to identify and track individuals in order to investigate bear behaviors and interactions, potential human-polar bear conflict, and impacts of climate change on the bears – whose habitat requires sea ice currently under threat. The “virtual mark-and-capture” method of identification and data collection offers a noninvasive process through which direct human contact with polar bears can be limited. 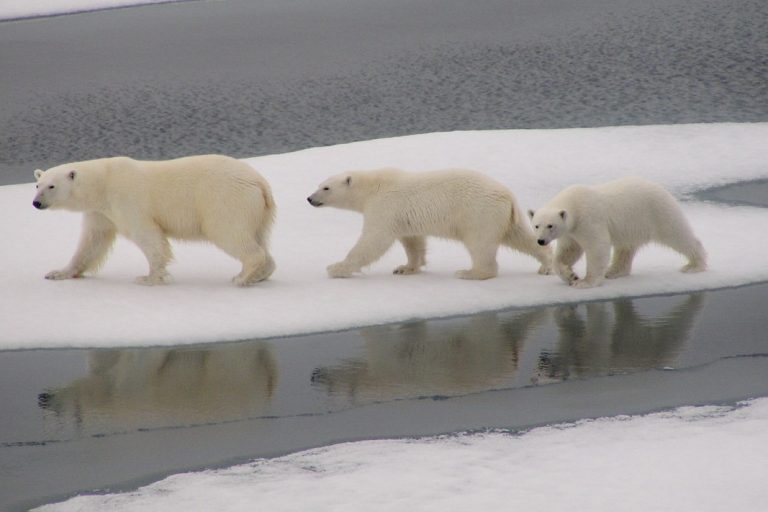 Waterman explained that as a polar bear’s whiskers grow, they part the bear’s fur, revealing spots where the animal’s black skin can be visible against its white coat. These spots create a distinctive pattern on each side of the bear’s face that can be used to distinguish individuals from each other. An algorithm developed by software developer and evolutionary biologist Dr. Carlos Anderson has allowed the research team to match whisker patterns from polar bear profiles. While similar to a NASA algorithm created to map stars and adapted to identify spot patterns of whale sharks, Anderson’s software further allows the polar bear researchers to compare the size, shape, and location of facial spots in relation to each other.

The team is assisted by citizen scientists – tourists and local students who act as data collectors by snapping photos of the polar bears and submitting them to the project’s researchers. These images are compiled into a database known as the Polar-Bear Identification Library, which Waterman estimates to contain the images of well over 100 bears.

Through the Whiskerprint software, the research team compares individuals’ profiles from the images and calculates a “similarity score”; if the score is less than 2.0, it indicates a match. However, the researchers must also compare the bears’ age, sex, and scar patterns to verify an absolute match between the images and determine a particular individual.  While the Whiskerprint software is specifically adapted to recognize polar bear whisker patterns, similar programs have been developed for other species with spot patterns, such as cheetahs.

The identification of an individual polar bear requires two separate profiles – one for each side of the bear’s face.

“You have to have exact or as close as possible to a perpendicular [view]”, said Waterman, “because the bears’ whiskers are on the sides of their face, not the front…In the Serengeti, they’ve been using whiskers to identify lions since the sixties, and they use photographs. I thought well, it’s easier with a lion, because you can look at it face-on and see the patterns, and they have very set pattern…They’re a lot more complex in the bears.” 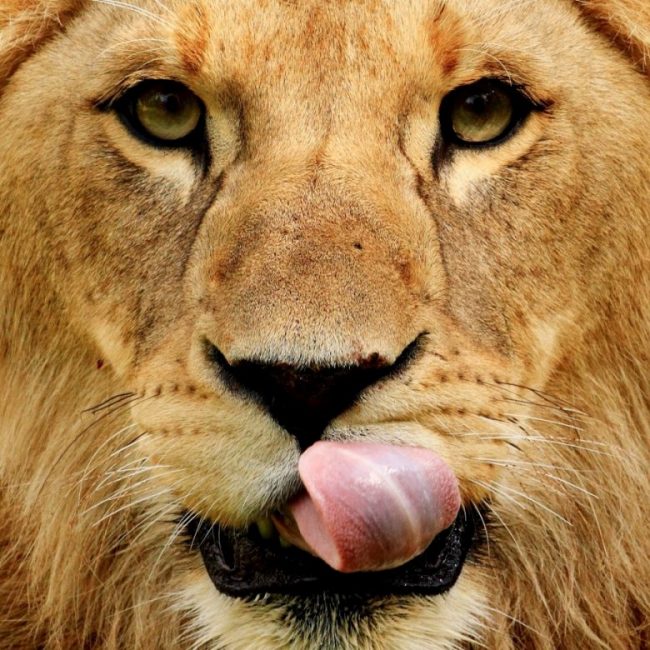 Close-up of the face and rows of whiskers of a young male lion. Photo credit: Martin Falbisoner, CC 3.0

Researchers with the Mara Predator Project in Kenya’s Northern Masai Mara compare the asymmetrical whisker spot patterns, which remain constant throughout an individual’s life cycle, to track and identify local lions. Unlike lions, whose spot patterns are situated along a series of parallel rows, polar bears’ pattern formations are less structured.

The comparison between a polar bear’s left and right facial profiles reflects degrees of asymmetry, which, according to Waterman, can be an indication of stress that an individual bear is undergoing.

“It’s thought that this asymmetry is a biomarker of stress in early development,” Waterman noted. “So, if you think about it, polar bears born ten years ago to females went through gestation and lactation in a very different environment from the polar bears born five years ago, or now. Because if the female was stressed for food, and that’s the greatest stress, usually, if she was thin, then that may have an impact on the developing fetus or on a young bear going through lactation if the milk isn’t as nutritious.” 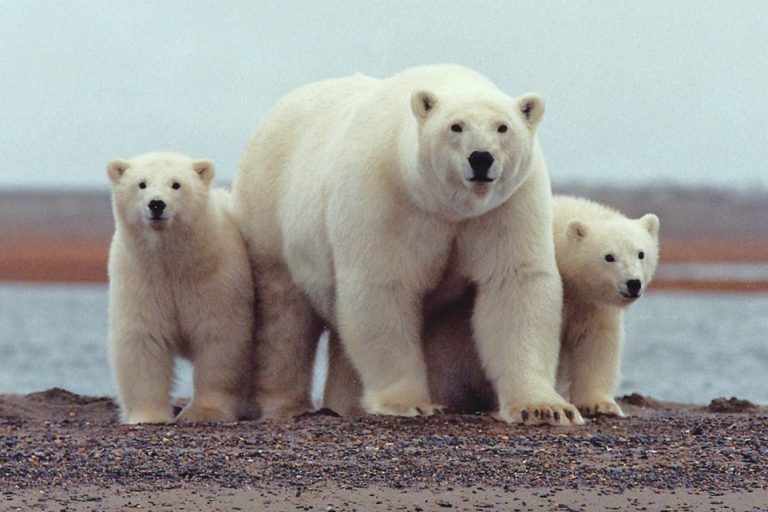 In addition to pattern asymmetry, body condition can indicate environmental stressors facing a particular population. Waterman hopes that identifying the bears and studying their conditions over time can offer insight into not only population dynamics, but also the potential impacts of climate change on the region’s populations.

The project may also be used to identify and apprehend individual bears whose behavior may demonstrate that they are a “problem bear” (prone to conflict with humans) before they come into further conflict with people. Once such bears have been identified, their behaviors and interactions with both humans and other polar bears can be studied to assess the impacts of tourism on the local bear population and to reduce human-wildlife conflict.

The integration of local communities and tourists into conservation practice through citizen science is a direct way of creating public awareness and environmental education. Citizen science has been aided by simple technological advancements such as improved camera resolution and the accessibility of digital cameras.

“I was working on [identifying bears] in the mid-nineties, and then in the early 2000s, we got digital cameras, which allowed me to take many more photographs and allowed me to look at them immediately,” Waterman recalled. “In Churchill, there was nowhere to develop film. If I took a photo of an animal trying to use facial I.D. [identification], I couldn’t develop it there; I had to wait till I went south and I couldn’t use it at the same time, so I was drawing pictures. And then 2001, we got our first digital camera…We could take our laptops with us on the vehicles, we could pull up a picture and say, yes, that is the same bear we saw yesterday. We were using scar patterns, and I started noticing there was a real variation on the whiskers.” 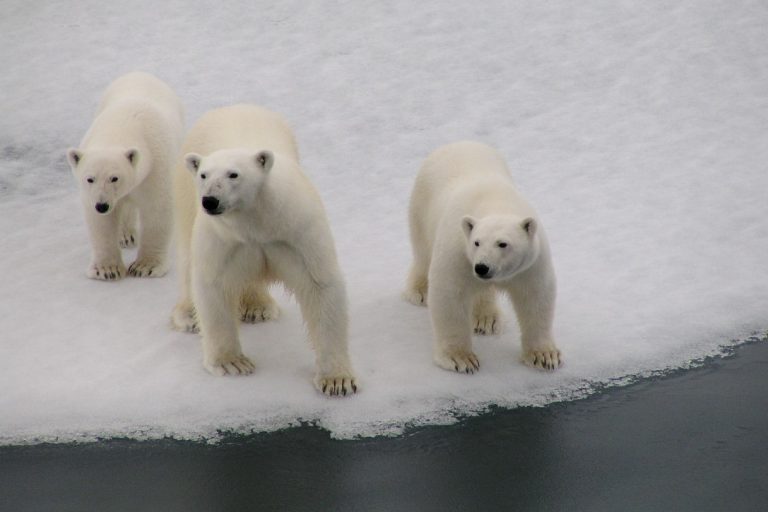 Now, Waterman works with local students through the ISAMR program, who help collect data and present their findings at national and international meetings, such as the ArcticNet Annual Scientific Meeting.

“We’re able to combine citizen science and scientific awareness, science teaching, basic theoretical biology, and conservation itself into this whole program,” explained Waterman. “If you want to study behavior, you have to identify individuals. It’s critical because you want to follow them through time and space… We have been working with ISAMR, which is the International Student-Led Arctic Monitoring and Research group.  It is [comprised of] a number of high schools that have been helping me collect data every year. The long-term goal is to follow bears through their lifetime – but our short-term goal has really been to start building our photo ID database.”

By working with local students, the project helps to further expose youth to STEM education through hands-on scientific study and increase conservation awareness.

“From an education perspective…I feel like we have really helped a lot of kids to see that science isn’t just in textbooks, and that science is dynamic and that they can fully be part of that,” Waterman concluded. “We have at least two educational courses we’re involved with the general public, and [along with] working with the [Leatherdale] International Polar Bear Conservation Centre, we’re hoping that we make a bigger impact on citizen science and getting people to think about the biology of the bears and the impact of climate change on the bears. They really are the poster child for climate change.” 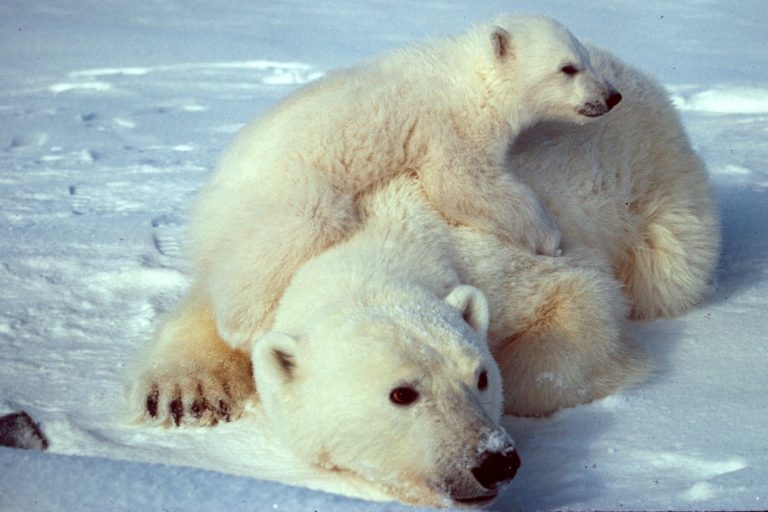