These 3 Companies Owe Indonesia Millions of Dollars for Damaging The Environment. Why Haven’t They Paid?

These 3 Companies Owe Indonesia Millions of Dollars for Damaging The Environment. Why Haven’t They Paid?

The Indonesian government is struggling to collect fines from companies found guilty of damaging the environment, leaving trashed rainforests and peat swamps to stay barren as restoration work cannot begin in earnest before the money is paid.

Since 2014, the Ministry of Environment and Forestry has stepped up its prosecution of environmentally destructive companies, such as plantation firms that use fire to clear land and miners operating illegally.

Amid public pressure to prosecute rogue firms, the ministry has filed one lawsuit after another, coming away with several victories. Forcing them to pay, however, has proved an entirely different matter.

The company was ordered to pay 16 trillion rupiah ($1.19 billion) in fines, the highest penalty for an environmental case in the nation’s history.

But almost a year after the Supreme Court’s verdict in 2016, the ministry has yet to collect.

The ministry has twice asked the Pekanbaru District Court in Sumatra to execute the verdict, said Jasmin Ragil Utomo, the ministry’s director for dispute settlement. The company has also challenged the Supreme Court’s ruling by filing a case review.

Local media quoted MPL’s lawyer as saying it was filing the case review because it had found new evidence. The company did not return repeated requests for comment. 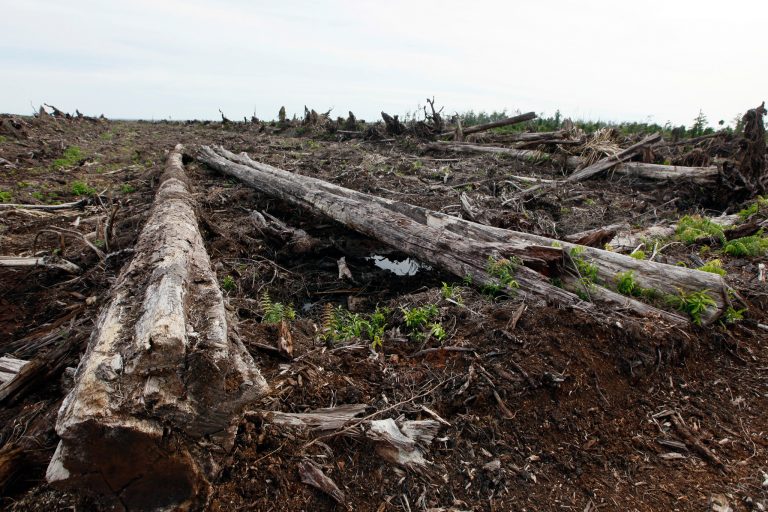 Cleared land is seen at an oil palm plantation belonging to PT Kalista Alam in the Tripa peat swamp, in Aceh, Indonesia, in 2012. Photo by Dita Alangkara/CIFOR via Flickr.

PT Kallista Alam, an oil palm company operating in Aceh province, was convicted of using fire to clear 1,000 hectares of land in the Tripa peat swamp region on Sumatra’s northwest coast. Tripa is integral to the Leuser Ecosystem, one of Indonesia’s last best rainforests.

The verdict against PT Kallista came down in 2015, at the height of the devastating wildfires that burned across Sumatra and Borneo that year. In a verdict upheld by the Supreme Court, the firm was ordered to pay a staggering 366 billion rupiah — more than $27 million — in fines and reparations. It was the first major victory for President Joko Widodo’s administration in its campaign to prosecute plantation firms for causing fires.

Two years later, however, PT Kallista has yet to pay.

“First, we issued a warning to PT Kallista Alam to finish [paying the fines]. But they didn’t do that,” Utomo said. After that, the ministry asked the court to execute the verdict. “But when we did that, PT Kallista Alam filed a case review. And then the head of the Meulaboh District Court declared that the execution should be postponed while waiting for the case review.”

The court rejected the case review; after that, it should have been able to execute the verdict, according to judge Said Hasan. But that had to be postponed after PT Kallista sued the government in July, he said. The company reportedly alleges that the coordinates for its concession used by the ministry in court were wrong.

The penalty consists of 114.3 billion rupiah as compensation to the state and 251.7 billion rupiah to fully restoring the affected forests back to their original condition.

“This new lawsuit challenge by PT Kallista Alam against the Indonesian government is rather odd,” said Nurul Ikhsan, legal counsel for the Aceh Citizen’s Lawsuit Movement, which fights for environmental justice. “Why didn’t they raise their objections at the time of the trial? The company seems to be looking for a loophole to avoid paying the fines.”

Utomo too is confused by the company’s decision to sue the government for allegedly putting the wrong coordinates in the original lawsuit.

“The process [of raising their objections] should happen during the trial [of the original lawsuit],” he said.

Kallista’s lawyer, Khairi Rahmadani, did not reply to repeated requests for comment.

Some also questioned the Meulaboh District Court’s decision to postpone enforcement of the verdict.

According to Utomo, Indonesian law states that any legally binding Supreme Court ruling can be executed even if the defendant files a case review or another lawsuit. Even still, “It all comes back to the court who has the authority [to enforce the ruling]. We as the plaintiff can only ask” the court to execute the verdict.

Ikhsan hopes the council will reject the company’s lawsuit so that the peat swamp forest of Tripa can be restored.

“The burning by PT Kallista Alam damaged the surface layer of peat which needs intervention to recover, so disturbed was the balance of the natural ecosystem,” he said. 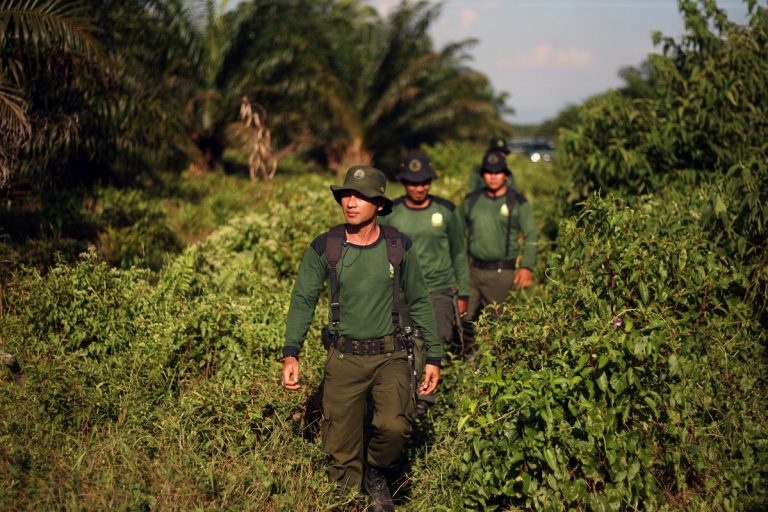 The ministry also trying to collect a penalty from PT Selat Nasik Indokwarsa, a miner found guilty of damaging the environment on Belitung Island in western Indonesia. It has been more than three years since the company was ordered to pay 31.5 billion rupiah.

The company initially asked to pay in installments over 15 years, but the ministry refused.

“We rejected their request because the legal basis is not strong for a 15-year payment,” Utomo said. “It seems that there’s no history of such a long-term payment for non-tax state revenue.”

The ministry has submitted a request to execute PT Selat Nasik Indokwarsa’s verdict to the North Jakarta District Court.

“But the court asked us to prepare data like assets [first],” Utomo said.

A variety of technical barriers have also made the environment ministry’s job harder.

Before it can collect a penalty, the ministry must wait for the official record of the verdict to become available, something that can take more than a year, said Rasio Ridho Sani, the ministry’s law enforcement chief.

The ministry sometimes has trouble tracking a verdict’s official record, such as in the case of PT MPL, the timber plantation firm in Sumatra. Sani said his team had to travel back and forth between the Pekanbaru District Court in Riau and the East Jakarta District Court in Jakarta to track the company’s verdict record before the ministry found the documents it was searching for in a subdistrict office in East Jakarta.

Even after it has obtained the records, the ministry still must iron out the details of how to collect the penalties so that the payments adhere to the law, since there is no official guideline for how to do so. The ministry is presently working with the Supreme Court to devise such a guideline, Sani said. 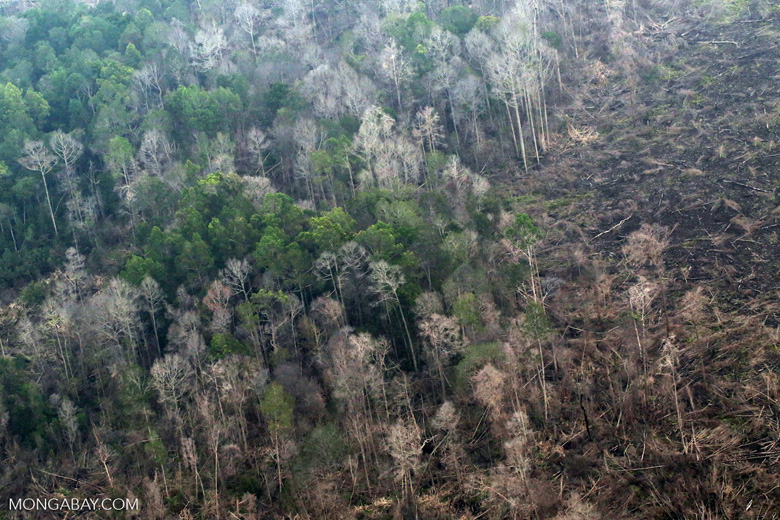 A burned peat swamp on Indonesia’s main western island of Sumatra. Tropical rainforests rarely burned in the past, but are seeing serious wildfires as climate change worsens. Photo by Rhett A. Butler/Mongabay.

‘We are not stopping now’

The ministry is taking new measures to force companies to pay. One step is to establish a task force consisting of various government agencies, such as the Financial Transaction Reports and Analysis Center, the Financial Services Authority, the Attorney General’s Office and the Ministry of Law and Human Rights.

“We are not stopping now,” Utomo said. “We are tracing their assets and we have obtained the reports from the PPATK. And we will form a task force to speed up [the execution process] so that we could immediately enforce the verdicts.”

Through the task force, the ministry hopes the government will have more power to enforce the rulings.

Among the first steps taken by the task force would be legal attempt to repeal the Meulaboh District Court’s decision to postpone the execution of PT Kallista Alam’s verdict.

The government hoped to use the collected penalties to fund the restoration efforts in the degraded land and forests. Without the penalties, no restoration work could start, according to Utomo.

“The point is if they haven’t paid, [we can’t start the restoration work], because the penalties include money for the compensation and the recovery,” he explained.

Samsung Under Fire for Partnership with Forest-Burning Korindo