A new law in Germany, led by Chancellor Angela Merkel, will include tax breaks for train tickets and tax increases to be levied on the price of airline tickets, in an attempt to make it more attractive for people to choose trains, which emit lower levels of carbon dioxide, over higher-emitting planes.

Germany enshrined its fight against climate change into law on Friday in a bid to meet its targets under the United Nations sponsored Paris Agreement, approving a raft of measures including a US$60 billion spending package, a fee system for carbon emissions and taxes to make flying more expensive.

The law, which passed the lower house of Parliament and is expected to pass the upper house later this year, has been sharply criticised by opposition politicians and climate scientists alike for its lack of ambition and scope. 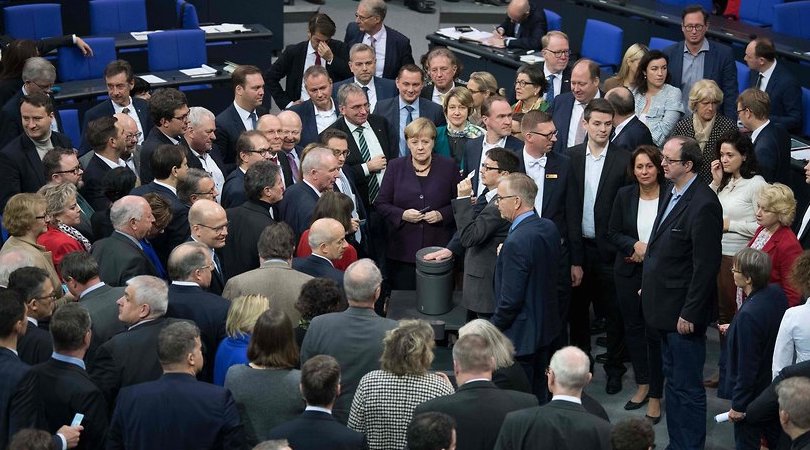 They say it will not be enough to get the country to achieve its goal of reducing carbon emissions by 55 per cent of 1990s levels by 2030.

“You have failed in humanity’s task of protecting the climate,” Anton Hofreiter, leader of the opposition Green Party caucus in Parliament, told politicians ahead of the vote.

Chancellor Merkel, who was known as the “climate chancellor” when she first took office in 2005 after making a name for herself as environment minister, had vowed to prioritise the issue in her final term in office.

In September, after months of debate, her government passed a climate package that forms the heart of the new law.

The environment minister, Svenja Schulze, told reporters after the vote: “I am very happy that the centrepiece of the package, the climate action law, has now been passed. It is the central point, the linchpin, with which climate policy in Germany will really change.”

Germany is Europe’s largest economy, and it has sought for years to revolutionise its energy sector by replacing fossil fuels with renewable energy such as solar, wind and biogas while cutting climate-killing emissions.

However, the country fell behind this year, and the government admitted that it would be able to cut emissions by only 32 per cent of 1990s levels by 2020, not the targeted goal of 40 per cent.

Under the new law, ministries must make specific emissions reductions in their sectors, such as energy, transportation or housing, and take additional steps if necessary, to meet them.

An important element of the package is a domestic carbon pricing scheme that will force companies to pay an initial €10, for a tonne of carbon dioxide emissions from heating and transportation.

Climate scientists and members of the Greens Party have derided the price, which is to increase to €35 by 2025, as too low to be effective.

The Greens Party hold more seats in the upper house of Parliament, reflecting their representation in Germany’s 16 states, and have vowed to use their strength there and in regional legislatures to tighten aspects of the law.

price of airline tickets, all aimed at making it more attractive for people to choose trains, which emit lower levels of carbon dioxide, over higher-emitting planes.

At the same time, the package includes increased benefits for commuters to avoid a backlash as occurred in France, where a proposed gas tax increase set off months of violent demonstrations by the “Yellow Vest” movement.

Further incentives in the law foresee supporting the expansion of green energy, such as allowing communities a stake in local wind parks.

Lawsuits have slowed the building of many proposed wind parks, hampering their expansion.

EcoNews is an independent publication that relies on contributions from its readers.

Germany will pay utility companies billions of euros to speed up the shutdown of their coal-fired power plants as...